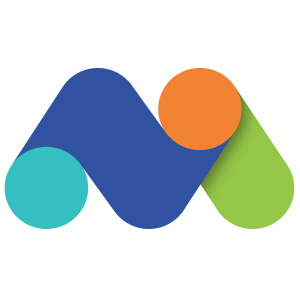 Matomo (Piwik) enables domain administrators, hobbyists, power users, personal website builders and everyone in between to access enormous amounts of data for website analytics. To support all those users, Matomo needs to be available in a number of different languages. From the start, we made internationalization (i18n) part of Matomo’s DNA. There are now dozens active volunteers who help make sure each language is well represented in the latest official release of Matomo. As of now, Matomo is available in 48 languages.

Recently a new tool became available that makes the translation of Matomo much easier. The software we are using is an open source platform called oTrance. It has made our translation architecture more robust, and it allows us to expedite the timely delivery of high quality and up-to-date translations to the thousands of people who rely on Matomo every day.

We’ve met with oTrance creator and lead developer Daniel Schlichtholz who answered a few questions for us.

oTranCe is the short form of “Online Translation Center”. It was born because I needed a translation platform for my project MySQLDumper.

Many languages have been added by the community and manual maintenance became more and more time consuming. I wanted to change that. So I searched for an existing platform I could use and tested a lot of approaches. To put a long story short: none of the given solutions satisfied my needs.

From the view of a translator maintaining a language should be as easy as possible. In most cases they have to install a program on their local machine or the workflow was too difficult. A translator doesn’t want to struggle with technical things; he just wants to translate the phrases and wants to know the progress.

That’s the main goal we want to reach: to make the translation process as easy as possible.

What sets oTrance apart from the other ways to manage translations?

Ease of use is one advantage of oTranCe compared to other solutions. Another advantage is that project administrators can install oTranCe on their own server – so nobody is dependant of a third party provider.

We love to get feedback from other users. User feedback influences the way oTranCe is developed. We believe that this way oTranCe satisfies the requirements of the real world.

We also have extensive user documentation, in our “Working with oTranCe” wiki. We try to document use cases in an understandable way. We don’t write down marketing buzz words, but try to explain the use from the view of the user/administrator.

Now that oTranCe 1.0 is out, what will you be working on next?

The language files can be exported to version control and oTranCe can commit changes to the target repository. Currently we support export to Subversion, and we are working on a Git export adapter, which will be released soon.

Another issue we are trying to solve is the context problem. When your project uses many different phrases the translator often doesn’t know in which context the current phrase is used. Version 1.1.0 (not released yet, but you can grab the latest developer version from GitHub) introduces the oTranCe-connector. The idea behind it: a small plug in grabs the used phrases/keys on the current page, and on click this list is submitted to oTranCe, where the translator can edit the words. This way the translator knows in which context these phrases are used. I wrote a small plug in for OXID eShop. Since it is really easy to implement, my hope is that other plug ins for other applications will be added by the community.

Matthieu: Congratulations Daniel for having created such an awesome Translation Platform. At Matomo we are really thankful for oTranCe, which has resulted in much better translation process, and happier translators. Keep up the good work!

If you are a Matomo user, and if you want to participate in translating Matomo, please sign up for an account on oTrance and become part of the team making Matomo available in more languages across the world.