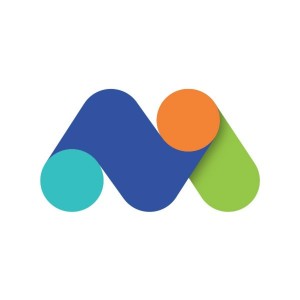 Piwik, the world’s leading and free open source web analytics software, has integrated three major new features into the latest release: Transitions, Geolocation, and Internal Site Search. “Matomo is going strong adding new features, roughly once a month” according to Adrian Speyer, Marketing Leader at Matomo. “If you look, Google has shuttered Urchin and AWstats development has stalled. There is little, if any support for those who stick around with those solutions. Matomo has a very strong international team focused on continual improvements, including performance. Just a small sampling of the features added in the past year include: Log Import functionality, Google Analytics API import, improved real-time analytics, reports via SMS, a more powerful iPhone and Android App, Row Evolution, and Do Not Track Support.”

In June 2012, Matomo conducted a user survey which helped reinforce the need for such features to be added to Matomo.

The first new feature users will find, in the new 1.9 release, is called Transitions. This feature allows website owners to see how visitors come to each website page and where they leave to. This will provide website owners with a better way to see how users flow through their website.

The second new feature, is internal site search analytics. Out of the box, Matomo will track users internal site searches and the keywords they use. It uses the standard query strings to achieve this but is fully customizable in the admin settings. Website owners will also be able to determine which keywords resulted in no results, and in turn what content website visitors were looking for.

The third new feature added was GeoIP. GeoIP allows website owners to know the location of user traffic by country, region and city. Users have the option to use one of the following GeoIP solutions that uses the Maxmind database including: GeoIP PHP API, GeoIP PECL extension, GeoIP module for Apache or GeoIP module for Nginx.

With this release, Matomo has also announced plans to move away from Flash-based maps, to a fully open source image technology solution built on Scalable Vector Graphics (SVG).

According to Adrian Speyer, “We are really proud of all these new features and what more we have in store for the future. For companies who consider owning their own data important, such as financial institutions, or organizations and government agencies concerned about respecting user privacy laws, Matomo is a solid choice. Matomo also offers amazing flexibility via a comprehensive API and easy integrations via community plugins for most major CMS products like WordPress or eCommerce solutions like Magento.”

—–
About Matomo
Founded in 2008, Matomo is the world’s leading open source web analytics software, which lets website owners stay in control of their data. Matomo is installed on more than 330,000 websites across the Internet, translated into 46 languages and used in more than 130 countries. For a free, instant download of the Matomo web analytics tool that has already been downloaded over a million times to date, please visit piwik.org.